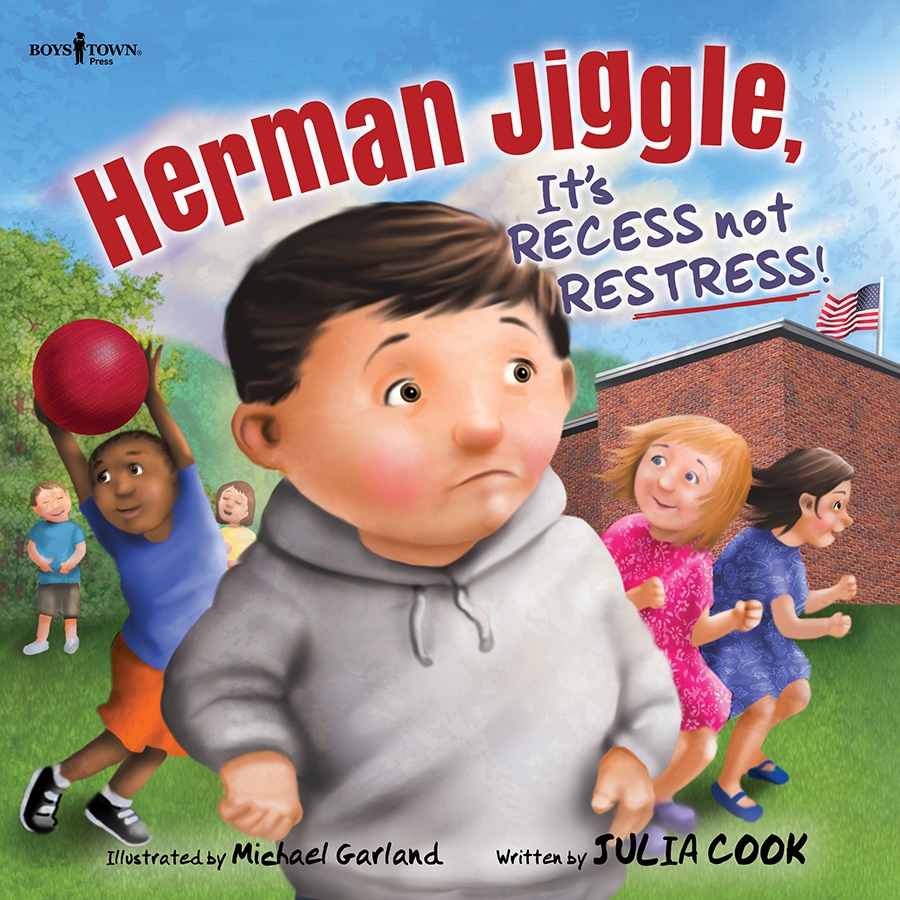 Herman Jiggle is so stressed out about what happens on the playground, he renames recess “reSTRESS.”

Isn’t recess supposed to be fun? Not for Herman. He gets his arm punched so often and so hard playing tag, he’s sore the whole day. He feels cheated, too, because his schoolmates are always changing the rules during games, and there’s no way he can win that way. Recess is such a mess, Hermie decides it’s better to hide inside.

Can a caring teacher help Herman recapture the fun of recess while losing all the stress? Can Herman gain the confidence and skills he needs to handle playground problems?

Herman Jiggle, It’s Recess Not ReSTRESS! is a delightfully goofy tale written for young readers in PreK-5 (and their teachers!), and offers a timely reminder about believing in and practicing the Golden Rule. Attention-grabbing illustrations by New York Times best-selling author and illustrator Michael Garland add to the story’s charm.